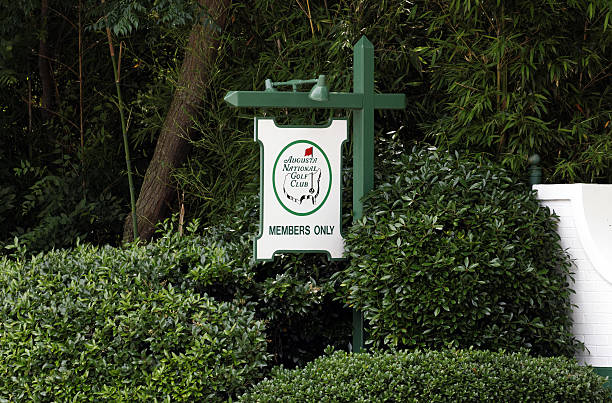 The Billionaires of Augusta National

Augusta National is one of the most exclusive golf clubs in all the world, and it counts some of the wealthiest people in the world among its 300 members. There’s actually no official public list of certified members, but it’s common knowledge that the list contains fairly high-profile folks. And some of them are even billionaires.

Let’s start with Bill Gates, who remains arguably the most famous member of the Billionaires’ Boys Club. He’s the guy who founded Microsoft, in case you have amnesia or you’ve been living in a cave for the last few decades.

Bill Gates is so rich that he recently donated a cool $20 billion this 2022, and he’s still left with a net worth of $112 billion. Bill says he plans on giving away all is money, but that sure can take a while. And in the meantime, he still has his Augusta National membership to console him.

This is another name that’s synonymous with being a billionaire, yet he still fosters a down-home reputation. This is the guy known as the “Oracle of Omaha”, and he’s widely regarded as the most successful financial investor of the 20th century. As of early March 2022, his net worth is estimated at about $117 billion.

He’s actually a fairly liberal guy on golf social issues, and as early as 2012 he was quoted to have said that if had any say in the matter, then the club would have a female member.

But he maintains a fairly hands-off approach with his club membership. Perhaps it was just a coincidence that following that publicized quote, Augusta welcomed Condoleezza Rice (former Secretary of State for George W. Bush) as its first female member—also in 2012. She was joined by Darla Moore, “The Toughest Babe in Business (according to Forbes).

Yes, it’s another Warren who’s a billionaire. He may not quite be in the Gates and Buffet upper strata of billionaire wealth, but it’s pretty certain he’s not complaining about his $3.2 billion net worth.

Warrant Stephens was born in Little Rock, Arkansas, and that’s still where he lives. He made his fortune as the president, CEO, and chairman of his own private investment bank.

Druckenmiller worked as a hedge fund manager for 30 years, and now is net worth is currently estimated at $6.4 billion. He worked for George Soros until 2000, and he became famous when, together with Soros, they bet against the British pound in 1992. They made a fortune with that bet.

Today, he still manages his money through a family office. He’s often seen as a consultant in various finance TV shows sharing his opinions on various economic matters.

Ziff earned his money the old-fashioned way, when he and his brothers together inherited their fortunes from their grandfather. This inheritance included a publishing company that owned such magazine titles as PC Magazine and Car and Driver. As these publications were famous in their respective fields, it wasn’t surprising that the publishing company was sold for $1.9 billion back in 1994.

Dirk and his brothers did manage to grow their wealth successfully, with hedge funds in the US and in London. Dirk is now worth $5.7 billion. Now Dirk runs his own family office, so he always has time to play golf at Augusta National!