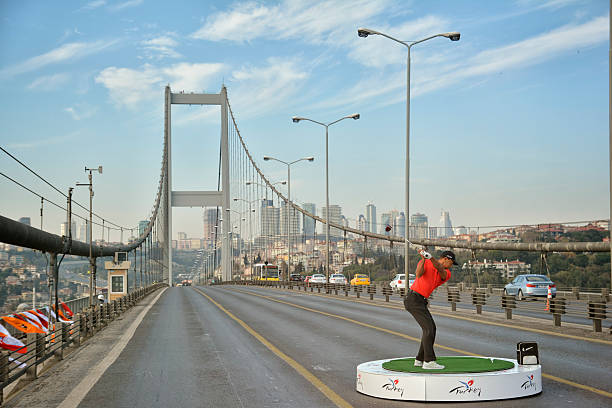 Most people recognize the name Tiger Woods, as one of golf’s greatest players.  He rose to fame in the ‘90s and changed the sport for his own generation and future generations.

In 1961, PGA rules specified that members could only be Caucasians. So it doesn’t come as a surprise that for most of golf’s history in the US, it has been dominated by white men. And yet, nearly 3 decades later in 1997, Tiger Woods won the Masters Tournament. When he was 17 he played at the Riviera country club in LA. In the year 2017, about a quarter of golf newcomers were non-Caucasian.

Everyone Started to Love Golf

When Woods became a pro, he built a huge fan base. It would seem at the time that everyone became a golf fan. Even people who had never seen a tournament before suddenly became avid fans. People were cheering for Woods and in fact, from 1997 to 2008, the average TV rating for the years he didn’t win the Masters was 7.4 while on the years he did win, the rating was 9.5!

Woods no longer play as much as he used to back in the day but he still has a huge fan base. Everyone still knows who he is. Woods joined the 2017 Hero World Challenge, and TV viewership was 29% higher than the previous year.

When Woods rose to fame, many people started to show interest in watching the game. Not only that, they also started playing golf. In 1996, there were approximately 24.4 million golfers in the United States. By 2016, there were already 29.8 million players.

To meet the demand of the growing number of golfers, golf courses also grew in number.  In a span of 10 years, 2,000 18-hole-equivalent golf courses in the U.S. had been built.

By 2015 however, the number of golfers went down to 24.1 million but people were still playing golf a lot. In 1996, American golfers played nearly 430 million rounds and in 2015, it reached almost 466 million golf rounds.

Before Tiger Woods came into the scene, professional golfers made good enough money from the sport but it wasn’t enough to write home about. But Woods changed all this and even before he turned pro, he had signed 5 major deals with Titleist and Nike earning him a total of $60 million. He also partnered with American Express and other companies like Accenture, General Motors, General Mills, and Buick. He became the very first athlete to make over a billion dollars in earnings.

These high earnings also helped other pro golfers make more money from partnerships. Before Woods, only 10 golf players earned over $7 million. By 2017, there were already more than 150 golf players making upwards of $10 million.

Emphasis on Physical Fitness and Athleticism

Tiger Woods worked out 5-6 days a week in 3-hours long sessions at a time. Many golfers saw his dedication to athleticism which inspired them to improve themselves even more. Other players saw the difference that a sound workout routine did for Woods’ career and they wanted to follow suit.

When Tiger Woods emerged in the golf scene, people started taking interest in the sport. Even teenage boys wanted to be like him. Many of today’s top players including Rory McIlroy and Jason Day consider Woods as a major inspiration growing up. He made golf a cool sport and transformed the industry.